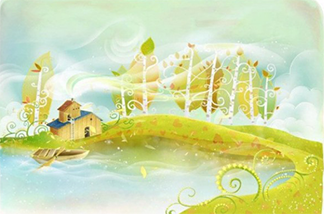 “If the story-tellers could ha’ got decency and good morals from true stories, who’d have troubled to invent parables?” – Thomas Hardy, Under the Greenwood Tree

Do all stories convey a moral?

Stories, well most of them, are designed to relay a message about the thoughts and feelings of an author regarding a certain issue. I guess, to some extent, every story has a moral, whether hidden, cryptic, implied, or preachy, because every story wants to tell you something. Every story wants to give you a message, a little bit of wisdom, so that you might learn and become enlightened by it. Think about it; from the simplest children’s book to the most complex novel ever written, all of those stories relay messages about courage, love, faith, right and wrong, or how not to do things. Even the comedic books, although sometimes mostly gibberish, can relay the moral to not take life too seriously. So, yes, morals can be found in any story, I think.

How to write a short story with a moral

So, how do you write a short story with a moral? It’s really very simple. First off, know what you’re going to write about. The moral of a story usually revolves around the story’s theme. The theme is the element of the story which carries the central idea, motif, or belief in a story. It permeates the entire story and persists throughout the narrative. So, figure out what your theme is and you’ll more easily find your moral. Remember that the theme is different from the moral. For example, the theme of the Harry Potter and the Sorcerer’s Stone is courage, while the moral of the story could be “Strive to be brave enough to stand up for what is right and for what you believe in.” See?

How should you present the moral?

Also, think about how you want to relay the message or moral. Do you want to go the preachy route and have the moral so in-your-face that the reader is spoon-fed? Should the moral be implied, hidden, or adaptable? Once you’ve decided on all that, it becomes easier to paint the story fluidly with the moral intertwined. Don’t worry so much about making the moral come out because it usually does on its own.

Honestly, having a specific moral in mind helps, but doesn’t truly matter much, because every reader has his own take-away from every story. Probably the best and simplest moral that people can get from any story is just the capacity to empathize with others, to care about the characters and their feelings. With that, it becomes apparent that an excessively preachy style is not necessary.

Just write your story out with all your heart and soul. Make it fun and create characters that people can relate to and care about. In the end, if you’ve done your job well, your message will simply leap off the page, whether the reader realizes it or not, and he will become a better person as a result. So, just let it all flow and don’t worry about it. Someone will get it. Just write.

How to Write a Love Scene

The most critical lesson in writing a love scene is that it is similar to making love in the real world: when done well, it is messy, chaotic and somewhat...

Writing a Comedy Church Skit - How to Create Funny Characters

You don't have to be a professional writer to create funny characters and humorous drama that makes a spiritual impact on your church congregation.

5 Steps to Start Journaling For the Health of It

For most of us, there's a lot more going on inside our minds and bodies than we let on. We may carry ourselves with the utmost confidence, when in reality we...