Nobody really sends letters anymore, but back in the day, written correspondence was rich with personality, sentiment, and engaging storytelling. Authors know this, which is why letters have been incorporated into novels since around the 15th century.

What is epistolary style?

When a story is composed entirely of letters, diary entries, or these days even emails or blog posts, it is known as an epistolary style. The most famous authors of epistolary novels include Jean-Jacques Rousseau and Johann Wolfgang von Goethe. Jane Austen also experimented with an entirely epistolary form in her early days, and though her novels are not entirely epistolary, she’s a good example of someone who makes character correspondence an important part of her fictional work. Epistolary novels can be monologic, which means they focus exclusively on the letters or diary entries of one character. The Perks of Being a Wallflower, penned by American novelist Stephen Chbosky, is a good example of a modern monologic epistolary novel, because it consists entirely of the main character’s letters to an anonymous recipient.

Epistolary novels can also be dialogic, consisting of correspondence between two characters, or polylogic, where multiple characters are represented. Les Liaisons dangereuses, written by French author Choderlos de Laclos, is a strong example of polylogic epistolary writing, because the alternating letters work well with the mood of the novel. They let the reader wonder who to trust, and they create an air of gossip and mystery.

Evoking a certain dramatic mood is only one of the reasons why authors might use letters or diary
entries in their novels. The most obvious benefit is character development, and allowing your protagonist or supporting cast to have their own distinct voices and individual ways of looking at the world.

Reading a novel in epistolary form can be much more fun and engaging than sticking with a single, omniscient narrator. Of course, it’s also a challenge. Maintaining your dramatic structure or making the chronology of your novel clear while using only letters can be really difficult, which is why many famous authors have written in only partial epistolary form.

Whether you want to incorporate letters into your story or novel, or whether you want to try a completely epistolary piece of fiction, you should have a clear idea of how to distinguish between characters, both their writing styles and their viewpoints. If you’re up to the challenge, it’s not only one of the most fun kinds of writing to read, but it’s also one of the most fun to write. You can practice by reading historical letters or even diary entries from your childhood to get a feel for how the correspondence is structured. Why not try it? You might be surprised to find out that nobody can tell a story better than the person it’s happening to.

In terms of sales and marketing, CraigsList is frequented by many ad agencies which work with Fortune 100 and 500 companies. Find your next job there!

It starts off with a book, an adventure, and then as a young person you want to read more and more adventures, be it Harry Potter or any other kind of... 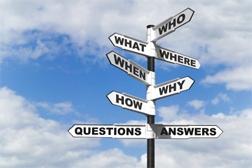 The Writer's First Step: Yanking Ideas from Your Head

5 Ways To Nurture and Defend Your Muse

Arrogance has a bad rap. We think of arrogant people as unpleasant to be around, full of themselves, and incapable of taking an interest in anyone else....