Have you ever dreamed of getting paid to write about video games? As a freelance writer, it’s not hard to spin your favorite hobby into a source of income by writing articles, but those of you out there who love gaming are particularly in luck.The game industry itself is booming, but what you might not know is there’s a large and diverse writing niche for game journalism in its many incarnations and offshoots. Plenty of publications out there are willing to pay freelancers good money for thoughtfully-crafted pieces about the latest games and the interesting people behind them.

The game industry itself is booming, but what you might not know is there’s a large and diverse writing niche for game journalism in its many incarnations and offshoots. Plenty of publications out there are willing to pay freelancers good money for thoughtfully-crafted pieces about the latest games and the interesting people behind them.

In this first installment in a series of upcoming posts covering the realm of freelance game journalism, I pull back the curtain on what it’s like writing for this fun niche market and what you can expect from digging into this freelance beat.

At a quick glance, breaking through the barb-wired editorial wall of the gaming world may seem daunting. Unlike other markets, precious few game publications post their writer’s guidelines and editorial contact info, which leaves eager freelancers with a lot of burning questions unanswered. Where do you start? How do you get in touch with the right editors? What kind of articles are they looking for? The good news is with a little bit of detective work, you can find most of these answers hidden in plain sight. In this series of posts covering the topic, I’ll help you get a head start.

Almost every major video game website and print magazine out there uses freelancers. Everyone from IGN and GameSpot to PC Gamer and Official Xbox Magazine. Many medium-tier and smaller sites also use freelancers too. While editors often have a steady pool of freelance writers they draw from, many are always on the lookout for fresh ideas, new talent, and reliable freelancers who can tackle assignments with finesse.

The Best Way to Pitch Articles Feature pitches tend to be the best way to break into publications in this market, though once you get your foot in the door and establish a relationship with editors, you’ll find there are lots of opportunities to write different kinds of pieces. Game reviews and preview assignments are more easily nabbed once you’ve made those initial inroads to a publication. The large volume of annual game releases across all of the different gaming platforms means there’s a steady supply of work for skilled freelancers who can prove themselves. There’s also a demand for list stories, interviews, video content, humor pieces, daily news posts, and more.

If you already have some writing chops and a bit of freelance experience, then you’re a step ahead of a large swath of the competition. Granted, there are many established writers and freelance pros in the field pitching stories on a regular basis, but editors are also deluged with e-mails from everyday gamers and inexperienced writers who don’t have a clue about what makes a good pitch. As such, with a good idea and a finely-tuned pitch, you have a great shot of getting noticed and scoring your first assignment in the gaming realm. From there, it’s not hard to build inroads into other publications.

The editorial community in the game journalism community is quite expansive—big enough to support freelancers who make their sole living from covering games for different outlets. But it’s also just cozy enough that many editors at different publications (yes, even competing ones) know each other or have worked alongside one another before. Getting in good with one editor can sometimes lead to recommendations and work opportunities elsewhere too. Solidify a few good gigs, prove your worth, and you can springboard yourself upwards. Making money writing about video games and geeky stuff you love can be rewarding on its own, but there are other perks in this fun niche. Scoring free games, products, and hardware to review is easily at the top of the list for many writers. When you’re writing reviews for bigger publications, they often send out review codes or physical copies for you to play through to tackle assignments. Don’t expect to always nab the best AAA games, but it’s still exciting to get paid to play and write about the latest releases, particularly when you receive them well ahead of their official launch.

Beyond access to early and free games, there’s a lot of freedom to write about some very interesting, diverse topics that relate to the industry. Many publications like to cover other facets and trends of game culture, allowing for tons of flexibility and creativity in the kinds of articles you can write. Opportunities to cover fun gaming conventions, interview unique personalities and studios behind the games, and mine quirky topics for your pieces are plentiful. Of course, then there’s the money itself. You won’t get rich off of covering games as a freelancer, but you can still make a good living. Pay rates run the gamut from one publication to the next. On average, online pieces can pay anywhere from $0.15 to $0.35 cents a word at medium to larger sites. In some cases you’ll find web rates as high as $.50 cents a word, but it’s rarer. Many sites take a flat-rate approach, paying a few hundred dollars for reviews and previews of a set range and often more for bigger features. Print is still king when it comes to the nitty-gritty dollars and cents. You can make up to $1 a word penning features, previews, reviews, and other content for magazines.

In the next installment, I’ll lay down some specific tips for pitching game industry editors and dish out advice on how to increase your chances to breaking-in.

Nathan Meunier is a full-time freelancer, author, and professional nerd who covers video games, geek culture, and tech. His work has appeared in more than 30 publications, including Nintendo Power, IGN, GameSpot, GamePro, Official Xbox Magazine, Mac|Life, and more. If you enjoyed this post, check out his new book, Up Up Down Down Left WRITE: The Freelance Guide to Video Game Journalism. You can also find him on Twitter (https://twitter.com/nmeunier) and at his blog (www.nathanmeunier.com) 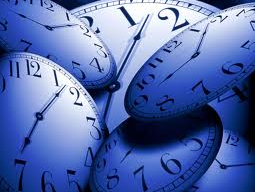 The Time Element in Telling a Story

Your first goal in telling a story is to give the time of its happening. The time anchors your story in place, and starting from this anchor you weave the...

Estimating a Writing Project - How Long Will it Take?

Assume you have to distill a 5- to 10-page report or article into a succinct piece with a couple of links. You are fairly familiar with the content. (Note:...

The Magic of Powerful Story Settings

I was taught and learned the importance of descriptive and powerful settings at an early age. In my elementary school art class, a very clever and gifted...

How to Become a Successful Freelance Editor and Proofreader

Want to be a freelance editor? Here are a few of the most common questions wannabe-editors have asked me, along with my answers.